Java and Big Data: why Big Data projects can't do without Java

Published in the Java Developer group
In our articles on CodeGym, we never tire of mentioning that Java, which is 25 years old now, is enjoying renewed popularity and has brilliant prospects in the near future. There are several reasons for this. One of them is that Java is the main programming language in several trending IT market niches that are rapidly gaining popularity.

The Internet of Things (IoT) and big data, as well as business intelligence (BI), and real-time analytics are mentioned most often in the context of deep affection and tender feelings for Java. Recently, we explored the relationship between Java and the Internet of things and talked about how a Java developer can tailor his or her skills to this niche. Now we turn our attention to another super trending area that — you guessed it — also loves Java and cannot live without it. So, today we will explore the following questions in relation to big data: why is Java, and therefore loyal Java coders, also super popular in this niche? how exactly is Java used in big data projects? what should you learn in order to be qualified for employment in this niche? and what are the current trends in big data? And in between all this, we'll look at the opinions of the world's top experts on big data, which would make even Homer Simpson want to work with big data. 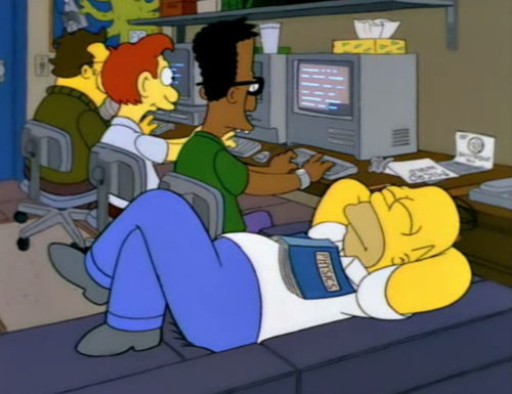 "I keep saying the sexy job in the next ten years will be statisticians. People think I’m joking, but who would’ve guessed that computer engineers would’ve been the sexy job of the 1990s?"


Big data is conquering the planet

But first, a little about big data and why this niche is so promising for building a career. In short, big data is inexorably, steadily, and (most importantly) very quickly making its way into the business processes of companies around the world. Those companies, in turn, are being forced to find data science professionals (not just programmers, of course), luring them with high salaries and other perks. According to Forbes, use of big data at businesses increased from 17% in 2015 to 59% in 2018. Big data is rapidly spreading to various sectors of the economy, including sales, marketing, research and development, logistics and absolutely everything else. According to research by IBM, the number of jobs for professionals in this field will exceed 2.7 million by 2020 in the United States alone. Promising? You bet.

Now then, why do big data and Java have so much in common? The thing is that many of the main tools for big data are written in Java. What's more, almost all of these tools are open source projects. This means that they are available to everyone and accordingly are actively used by the largest IT companies around the world. "To a large extent Big Data is Java. Hadoop and a large percentage of the Hadoop ecosystem are written in Java. The native MapReduce interface for Hadoop is Java. So you can easily move into big data simply by building Java solutions that run on top of Hadoop. There's also Java libraries like Cascading which make the job easier. Java is also really useful for debugging things even if you use something like Hive." said Marcin Mejran, a data scientist and vice president of data development at Eight. "Beyond Hadoop, Storm is written in Java and Spark (ie: arguably the future of hadoop computing) is in Scala (which runs on the JVM and Spark has a Java interface). So Java covers a massive percentage of the Big Data space," the expert adds. As you can see, knowledge of Java will be simply irreplaceable in big data, the Internet of things, machine learning, and several other niches that continue to gain popularity.

"Every company has big data in its future and every company will eventually be in the data business."


And now a little more about the aforementioned big data tools, which are widely used by Java developers.

Apache Hadoop is one of the fundamental technologies for big data, and it is written in Java. Hadoop is a free, open source suite of utilities, libraries, and frameworks managed by the Apache Software Foundation. Originally created for scalable, distributed, and fault-tolerant computing, as well as storing huge amounts of various information, Hadoop is naturally becoming the centerpiece of big data infrastructure for many companies. Companies around the world are actively looking for Hadoop experts, and Java is a key skill required to master this technology. According to developers on Slashdot, in 2019, many large companies, including JPMorgan Chase, with its record-breaking salaries for programmers, actively sought for Hadoop experts at the Hadoop World conference, but even there, they could not find enough experts with the necessary skills (particularly, knowledge of the Hadoop MapReduce programming model and framework). This means that salaries in this field will grow even more. And they're already very big. In particular, Business Insider estimates that the average Hadoop expert costs $103,000 per year, while the average cost of big data specialists is $106,000 per year. Recruiters looking for Hadoop experts highlight Java as one of the most important skills for successful employment. Hadoop has long been used or was introduced relatively recently by many large corporations, including IBM, Microsoft, and Oracle. At the moment, Amazon, eBay, Apple, Facebook, General Dynamic and other companies also have many positions for Hadoop specialists.

"Where there is data smoke, there is business fire."

Apache Spark is another important big data platform that is a serious competitor of Hadoop. Due to the speed, flexibility, and convenience it offers developers, Apache Spark is becoming the leading environment for large-scale development in SQL, packet-switched and streamed data, and machine learning. As a framework for distributed big data processing, Apache Spark works a lot like the Hadoop MapReduce framework and is gradually robbing MapReduce of its primacy in big data. Spark can be used in many different ways. It has an API for Java, as well as several other programming languages, such as Scala, Python and R. Today, Spark is widely used by banks, telecommunications companies, video game developers, and even governments. Naturally, IT giants like Apple, Facebook, IBM and Microsoft love Apache Spark.

Apache Storm is a framework for distributed stream processing in real time. Storm simplifies fault-tolerant processing of unlimited data streams, doing in real time what Hadoop does for data packets. Storm integrates with any queuing system and any database system.

Java JFreeChart is an open source library developed in Java and designed for use in Java-based applications to create a wide variety of charts. The fact is that data visualization is quite important for successfully analyzing big data. Because big data involves working with large amounts of data, it can be difficult to identify trends or even come to particular conclusions by looking at the raw data. But, if the same data is displayed in a chart, it becomes more understandable. It is easier to find patterns and identify correlations. As it happens, Java JFreeChart helps create graphs and charts for big data analysis.

"Data are becoming the new raw material for business."


Big Data on the threshold of 2020: the freshest trends

2020 should be another year of rapid growth and evolution for big data, along with widespread adoption of big data by companies and organizations in various fields. So, let's briefly highlight the trends in big data that should play an important role next year. 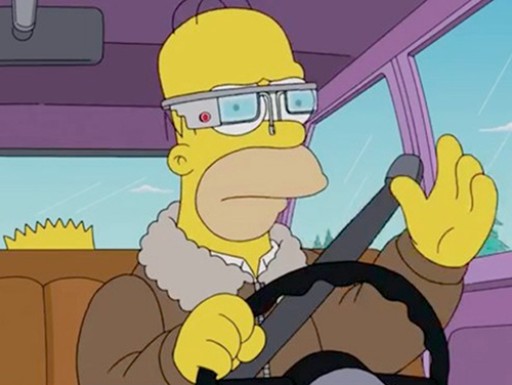 Internet of things — big data is getting bigger

The Internet of Things (IoT) may seem like off-topic, but this isn't the case. The IoT continues to "trend" as it gains momentum and spreads around the world. Consequently, the number of "smart" devices installed in homes and offices is also growing. As they should, these devices are sending all kinds of data where it needs to go. This means that the volume of big data will only grow. According to experts, many organizations already have a lot of data, primarily from the IoT, which they are not well-prepared to use. In 2020, this data avalanche will become even larger. Consequently, investments in big data projects will also increase rapidly. And remember, the IoT is also very fond of Java. Who doesn't love it?

Digital twins are another interesting coming trend that is directly related to the Internet of Things and big data. Accordingly, Java will see quite a bit of use here. What is a digital twin? This is a digital replica of a real object or system. A digital analog of a physical device makes it possible to simulate a real object's internal processes, technical characteristics, and behavior under the influence of interference and its environment. A digital twin cannot operate without a huge number of sensors in the real device working in parallel. By 2020, it is expected that globally there will be more than 20 billion connected sensors transmitting information for billions of digital twins. In 2020, this trend should gain momentum and come to the fore.

For several years, digital transformation has been mentioned as an important trend. But experts say that many companies and top managers had an extremely vague understanding of what the phrase even means. For many, digital transformation meant finding ways to sell the data the company collects in order to generate new revenue streams. By 2020, more and more companies are realizing that digital transformation is all about creating a competitive advantage by properly using data in every aspect of their business. This means we can expect that companies will increase budgets for projects related to the correct and informed use of data.

"We are moving slowly into an era where Big Data is the starting point, not the end."

Big data is another truly enormous area of activity with a lot of opportunities for Java developers. In addition to the Internet of Things, this area is booming and suffers from an acute shortage of programmers and other technical experts. So now it's time to stop reading these long articles and start learning Java!
Comments (2)
TO VIEW ALL COMMENTS OR TO MAKE A COMMENT,
GO TO FULL VERSION
Nikolay Dimitrov Level 0
26 February 2021
Nice article. I came to see an answer why Java was chosen in those "Big Data" projects, but couldn't find the answer here. Will keep on digging...
Yamini Undavalli Level 0
30 April 2020
Want to learn Big Data view more Talend Big Data Training.
This website uses cookies to provide you with personalized service. By using this website, you agree to our use of cookies. If you require more details, please read our Terms and Policy.